A fort, a fort, and batteries of the non-Duracel variety

One thing that continues to surprise me about St. Helena is it's fortifications. For somewhere so small and remote, and more or less entirely peaceful through it's 500+ year history, there are a heck of allot of fortifications and batteries doted around the Island. St. Helena has been peaceful except for a short period in 1673 when the Dutch captured the Island bloodlessly, before surrendering it back to the British barely a couple of months later. It is also interesting because the fortifications date from lots of different periods: It wasn't as if they were all built at the same time and for the same reason (eg: to prevent Napoleon from escaping).

The where's and why's (and, in many cases, the who's) have long been lost to history, but what it does mean is an extraordinary number of small fortifications. Every cliff, headland, hilltop, bay and conceivable landing place has been fortified. Even after 4months of regularly tramping around the island, i still occasionally stumble on old forts that i'd never even known about before, let alone seen or visited.

Sadly, almost all of them – including the huge High Knoll Fort overlooking Jamestown, and which would be a great tourist attraction and possibly even a hotel – have now fallen into disrepair at the best, or almost total ruin in the worse case due to lack of repair and general neglect over the years. Many have been built in fairly precarious positions and would have required serious skill and man power to build. If in good condition, some would make great little cafe's, pubs or museums, and some would make great little homes.

But if nothing else, it adds to the sense of isolation that St. Helena has (eg: we don't welcome visitors and like being here alone) and allows the imagination to drift and pluck out mental images of how St. Helena must have been at it's peak, and it is with definite regret that I can't see it how it was 150 years ago, for example. 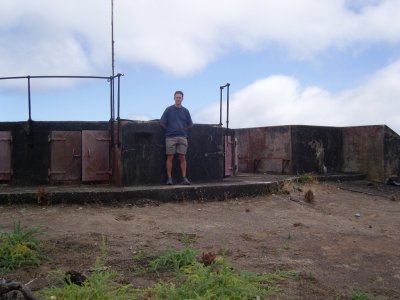 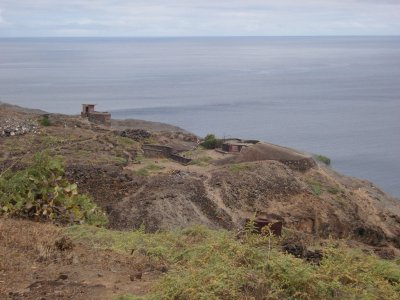 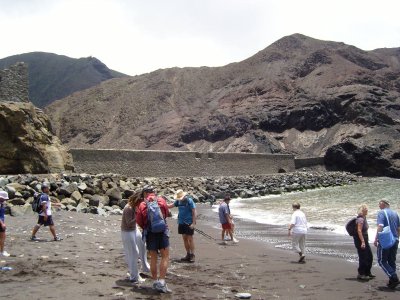 Sandy Bay Battery: From a distance it looks ok, but from behind it is crumbling at a horrible rate 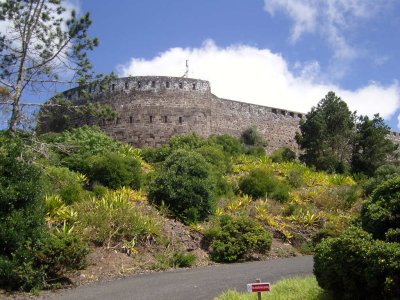 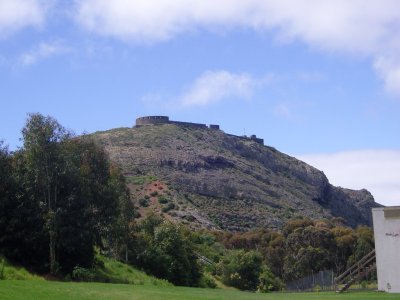 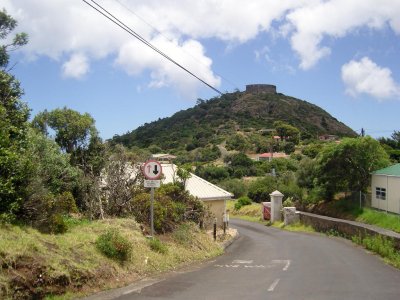 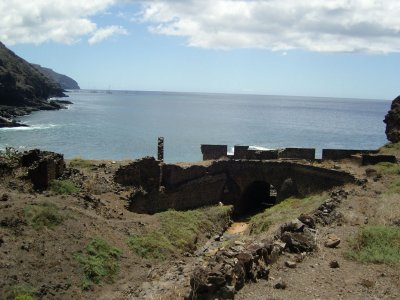 Remains of the back of Bank's Battery, once a significant coastal defensive structure 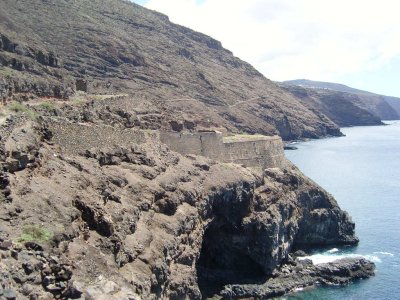 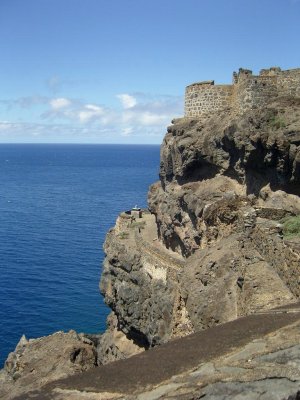 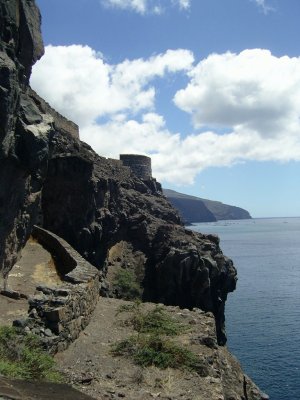 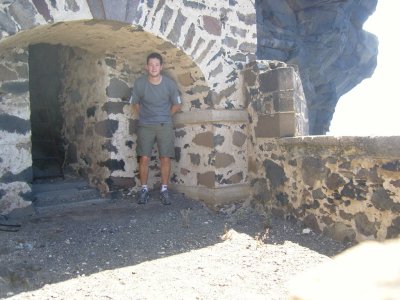 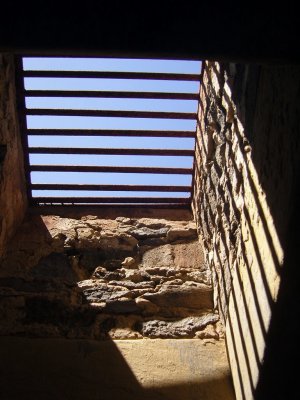 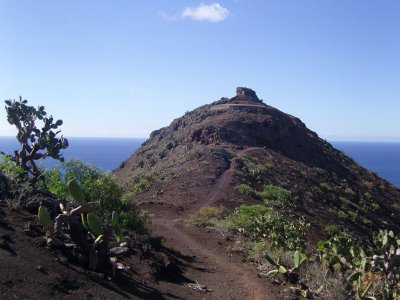 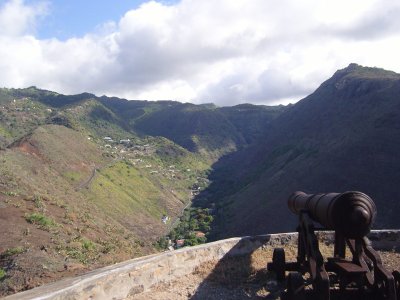 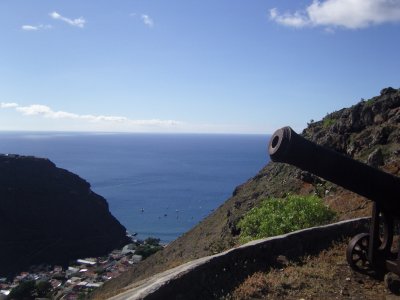 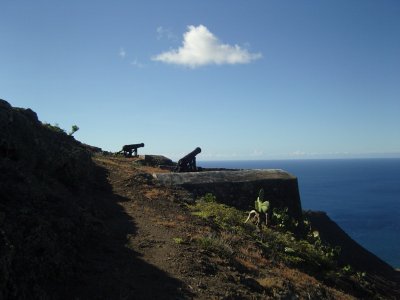 Views over Sampsons and Saddle Batteries

Congratulations on getting to Banks' and Mundens! I know you have to be a mountain goat to get to the latter, as we had to walk along a path halfway up a cliff face. When we visited, all the muzzle-loading guns from the 1800's were still there. I suppose it was too much trouble recovering them. I *think* Banks is named after the biologist (ref Banksia). I know he spent some time on the island before going to Oz/NZ.