What shall we do with the drunken sailor?

Every couple of years, the Governors Cup Yacht Race takes place. A number of hardy souls set out from Cape Town with the aim of sailing the 1700ishmiles to St. Helena as quickly as possible. Actually making it is a major achievement. Under 8 days is a great time, and 10 days very good. But to do that, of course, requires that you get a bit of wind....

Which they didn't get.

This years yachts headed out of Cape Town on January 29th, and many could still see Table mountain a few days later. Let's just say that it was not a great year for wind which, to be fair, is a reasonably important requirement for most yachts. All of which mean't that the first yacht to cross the line until almost 13days later: in a previous race, everybody had finished quicker than that.

But apart from that, it went quite well. A couple of boats broke stuff (one turned back, another ended up getting a tow) and a couple of skippers broke things (ribs, mostly), whilst of the two boats of particular relevance to Saint Helena – Diddakoi, wholly owned and crewed by Saints, and Patches, crewed by RMS St. Helena crew including Saints – also did pretty well: Diddakoi came second on handicap, whilst Patches more or less won everything going except being first to arrive in James Bay, includingg winning overall on Handicap.

For us on St. Helena, it was an interesting diversion: Race updates were frequently given on the radio, and the yacht club put on a number of events as well. Add that to the fact that two other races: A Cape Town - Bahia (Brazil) race and the Heineken World Arc race were both on at the same time, and all of sudden the sleepy little harbour (which normally might get 1 or 2 yachts a week) was suddenly overrun with yachts. It was great! 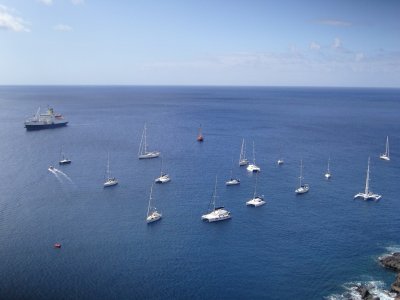 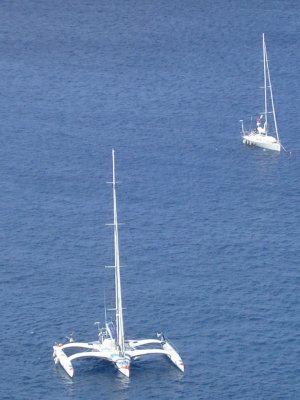 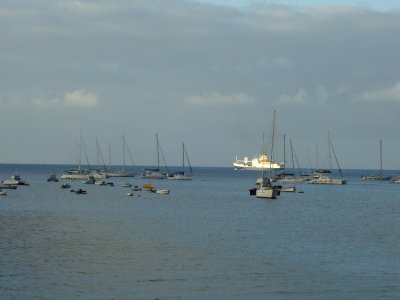 Yachts in James Bay, and the RMS ST. Helena leaving after taking a sweep past the yachts.

But the very best thing about the whole event, however, was that on the final day, most of the yachts headed out on a bay race and allowed locals etc to sign up and join the crews and go for a sail. I've spent a fair amount of time on boats – ferries of all sizes, cargo vessels, warships, fishing vessels, motor-yachts, dinghies, Chinese Junks and even submarines, but I have never actually been on a proper sailing yacht before. So, of course, i signed up.

And absolutely loved it. We had been out for maybe 20minutes by the time I had realised that this truly was the life and that I had to get myself either a crewing job or buy a yacht pronto. After 30minutes, I was pondering resorting to piracy: knock the 2 crew of Little Red Wing overboard, and then just continue sailing off into the distance (or, rather, as I had only the vaguest idea how things worked, attempt to continue sailing). Perhaps wisely, if regretfully, i decided against this course of action. 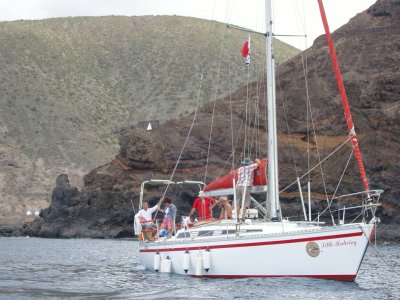 Little Red Wing, who took us out for a sail 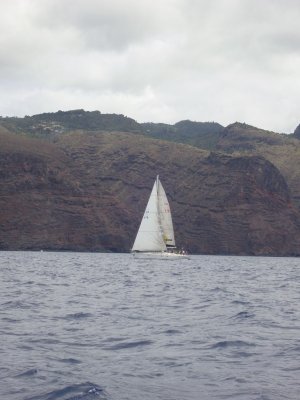 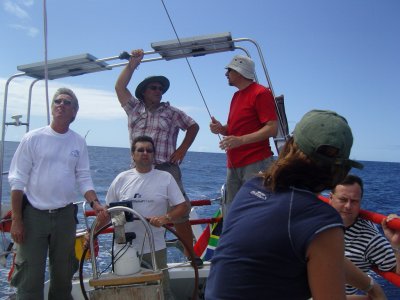 Out on the water 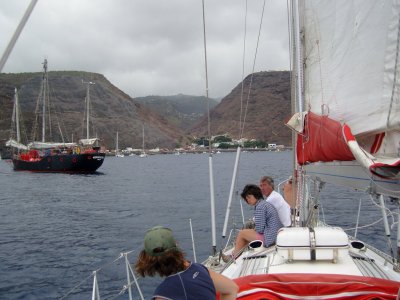 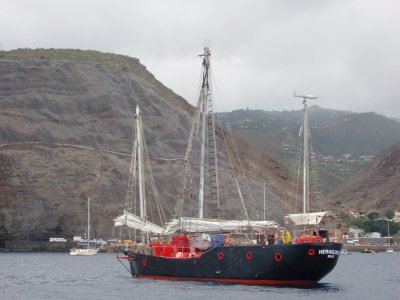 This ferro-concrete replica of a Chinese Junk just happened to turn up at the same time, and made an interesting diversion to sail past 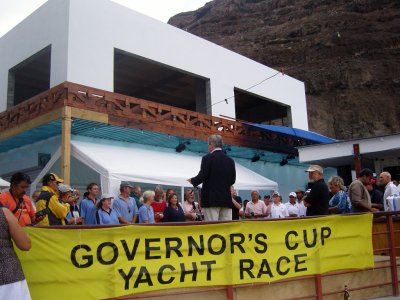 Ah, yes, the sailing life. It is all fine and dandy until one day you find yourself having spent the last two months fixing things on your boat, weather proofing the hull and pouring over magazines and the internet looking for just the right size of pulley to fix your cunningham.

Seriously, though, if you do get a yacht, once it is in the water call me up. I'd love to go out for sail... as long as it is someone else's boat.