Seasons greetings. Well after the end of season, naturally

It has just occurred to me that I never actually said anything about Christmas and New Year, which as they are the events which dominated my visit, seems a little remiss of me. Longer term followers will note that it is not the first time i have been stunningly inept at mentioning major events. At least i'm consistent. 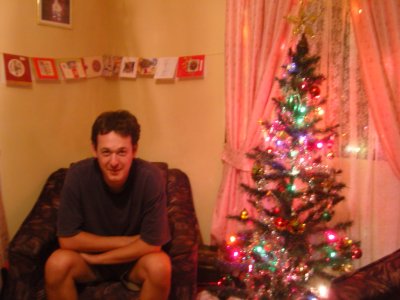 Christmas was more or less the same as normal. Well, except for the fact it was hot and sunny. And we had curry for Christmas dinner. And Santa was wearing shorts. Ok. Perhaps i should have said that it was almost entirely different to a typical European Christmas except for the fact that Wham were played on the radio with alarming frequency.

Here, Christmas takes on a bigger importance than normal, because lots of people come back for a short visit: Boat tickets get snapped up well in advance and hoardes of Saints return (often for the first time in several years) to visit their families and friends, and thus the population swells whilst the general mood of the Island dramatically rises.

In the run up to Christmas, there were a number of parades into town, which basically gave everybody the chance to dress up and look a bit silly whilst walking down the road into town, and collecting money for charity. Santa made his inevitable appearance more than once, and I have to say the one thing I could never get used to, was Santa wandering around wearing shorts (especially when he is also refreshing himself with a beer & cigarette as I saw at least twice). 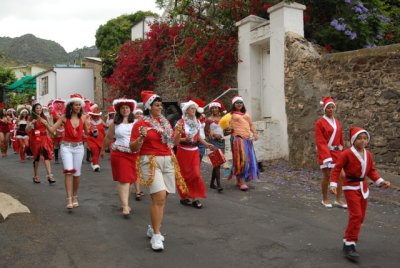 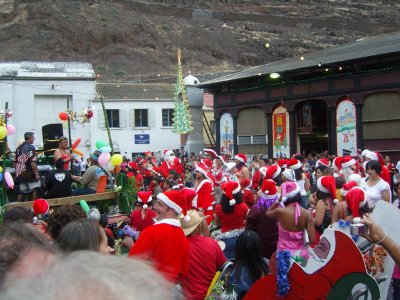 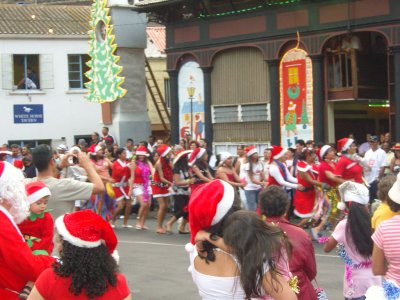 For me, the other big thing is that it never really felt Christmasy. Admittedly I have not been a big Christmas fan for some years, but normally i at least get some kind of feel for it by the 23rd or 24th. This Christmas, I never got the Christmas feeling at all.

Christmas Day itself was great, and spent happily with family. Christmas Dinner was a typical Saint dish of a bit of everything: Roast potatoes, Beef, Chicken, Veg, Rice and Curry (which over seems to be used instead of gravy) and all gorgeous.

Boxing Day, everybody heads to town to (a) get involved in assorted games on the Bridge – involving all the old classics like the golf-ball and spoon (eggs are too precious to waste), sack and three legged as well as mammoth rounds of tug of war (b) see all their friends and family, and (c) get drunk which goes on well into the night with people decamping to the seafront. 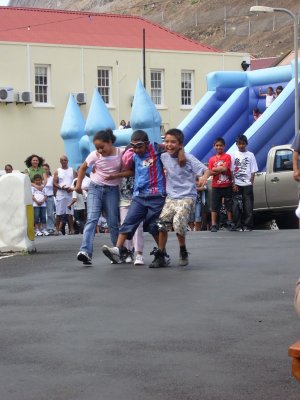 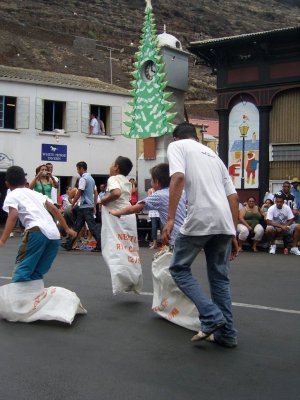 The kids enjoyed themselves before the serious sports started. I was asked to join in the tug of war, but as everybody else seemed to be builders or fishermen and be at least twice my weight, I decided against it... 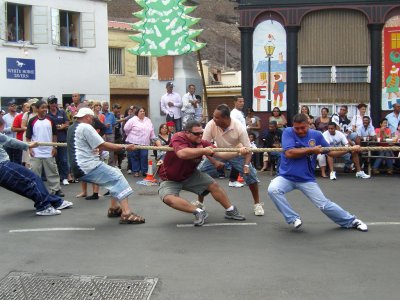 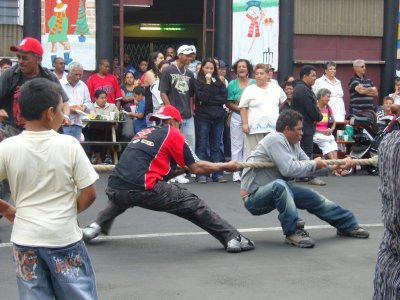 New Years Eve is much the same as most places, with the slight twist that everybody dresses up in their finest gear. Me being me and not really having any fine gear, i wandering around town both slightly sheepishly and just a tad inconspicuously. But I just wasn't in the mood. I rarely am at this time of year, due to the tragic incidents of the previous week, when a friend of mine from one of the visiting yachts, Wendy, had died. Worse, as those of you who happen to more of history will be aware, NYE is historically not a good day of the year and I ended up being particularly un-celebratory. True to form the curse hit again. Sometimes, life just really, really sucks.

Wendy, I just wish I had had chance to get to know you better. And Georgi my friend, you will be truly missed.